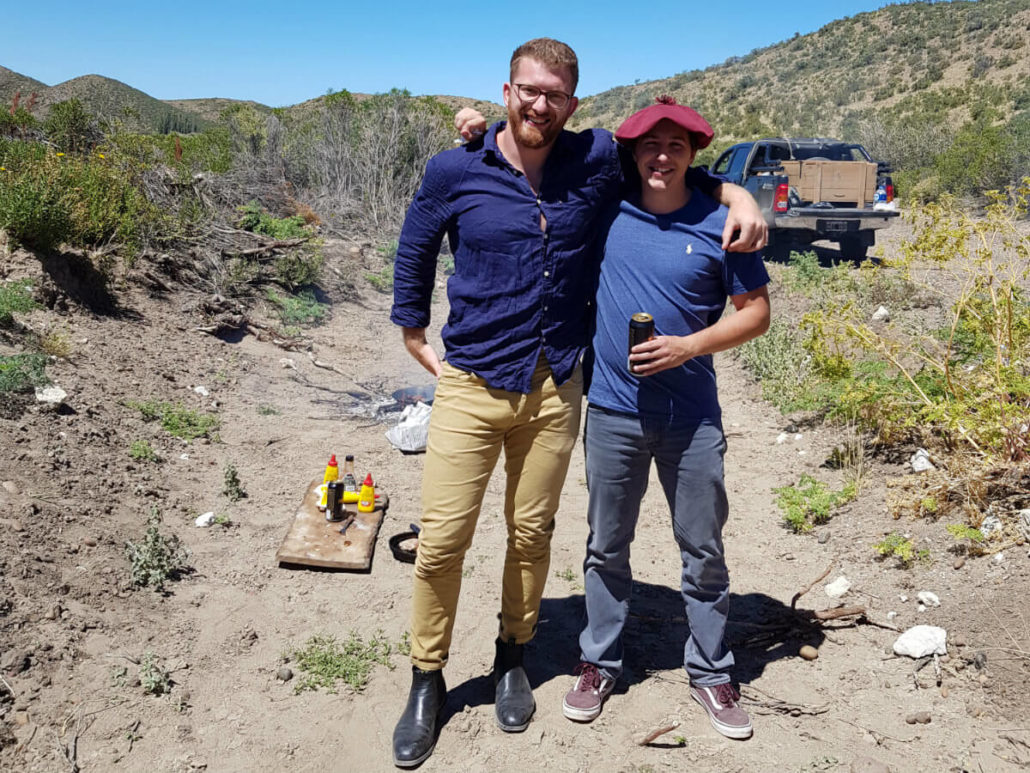 Getting to know the Patagonian Lifestyle

Australian economics student, Nick Krempff, spent 5 weeks interning with Fuhrmann. In this blog post, Nick shares the stories of his experience with the sheep, wool and people of Patagonia.

I was born and raised in Sydney, Australia, and have spent most of my life there. In 2014 I moved to Canberra, to commence my studies at the Australian National University, in a combined Bachelor of Politics, Philosophy, and Economics/Bachelor of Commerce, majoring in International Business.
My connection to wool is through my grandfather, who is a wool grower in Australia. He is extremely passionate about the development of sustainable production, something I’ve witnessed as I’ve grown up.

Why come to Argentina?

Coming to Patagonia was an incredible prospect on many levels. Spending a bit over a month in rural Argentina is not something I think I would have gotten another chance to do. Being involved with Fuhrmann provided a great opportunity to experience life here, and immerse myself in the local culture. Like I mentioned, I have seen a bit of how wool is grown back in Australia, but only as an observer. Being able to simultaneously learn about how the industry works once wool has left the farm, while contributing some work represented a great chance for my own development.

The values that Fuhrmann believe in regarding sustainable wool production echo those I have seen at home. I have only observed how things function on a farm level, and coming to Trelew provided me with the chance to see how these principles transfer to a larger scale operation.

Finally, seeing the elements of a truly international business contained within one office was an enticing concept. It allowed me to gain insight into the various logistical elements, and observe how they interact with each other.

In the interest of completeness, I feel it is most accurate to split my comments into a section on the ‘professional’ side of things, and one concerned with my time outside of the office.

The culture within the company was exceptionally welcoming. Despite the scale of their operations, Fuhrmann really felt like a family business. I was constantly impressed by the willingness of everyone to take time to engage with me, even when communication required conscious effort from both parties. People seemed genuinely interested in my own development. Active measures were taken to accelerate my learning. People took time out of their day to ensure that I understood as much about the wool process as possible, as well as about Fuhrmann’s general operations as an organisation.

This was very fortunate because Fuhrmann’s work compliments my academic interests closely. Working with a truly international business was a unique opportunity. The hospitality of everyone at Fuhrmann meant that even in my short month in Argentina, I got to see first-hand how the business operated on an extremely close level. Wool is a really interesting industry in this regard because you have the intersection of a lot of old, culturally reinforced practices, combined with numerous innovations.

Particularly interesting to me was the logistical aspect of operations. Fuhrmann is unique in its practice of on-site consolidation, and it was great to learn about the reasoning behind their desire to maintain control over greater portions of the supply chain. Being able to filter through the various divisions within the business helped me develop a more holistic understanding of how an international business operates. This complimented what I have touched on at university. It was valuable to learn about a more complete supply-chain process, outside of the primary production. Learning about byproduct management and how this can be optimised to improve profitability of Fuhrmann’s overall operations was great to see as well.

Another area I particularly enjoyed learning about was organic wool. From a terminology standpoint, I assumed that this referred to the minimisation of chemical usage. However, here in Argentina, the term has more holistic connotations. It is not a simple question of which products are used throughout the process, but rather an approach of pursuing sustainable production at each stage. This includes things like increased environmental concerns; sustainable land use and carbon footprint analysis; fair treatment of employees; as well as animal welfare and minimal chemical use. Being able to work with a number of directors here, I was really impressed by what felt like a cohesive vision for the company’s direction. It was a great experience to learn about the commercial wool process while discussing how the decisions made within Fuhrmann fit into their long-term strategy. I didn’t expect differently, but it was awesome to see the company committed to the sustainable development of high-quality, socially-conscious wool. Watch this space, because I know there are a couple of exciting projects in the works!

Overall, I think what I gained most from a ‘professional development’ perspective, was an understanding of the intersection of these concepts. Having day-to-day insight into how Fuhrmann worked really illustrated how factors like supply chain management complimented sustainability, and how both areas might fit into an overall business strategy. Being able to view this on a practical level, even for the small amount of time I did have, was extremely valuable.

To act like professional development was the only highlight of my time in Trelew is to undersell the experience greatly. Despite my non-existent Spanish skills (which have improved to the point where I can recognise words, rather than just a wall of sound!), everyone I came across over my 5 weeks in Argentina went above and beyond what common courtesy might have been expected. I got invited into homes and to farms, and to trips outside of Trelew on a regular basis. People here are proud of their heritage and proud of their culture, and they were genuinely enthusiastic about the prospect of showing me their version of Patagonia.

Patagonia is a vast and beautiful place. I was in Argentina for 5 weeks, and working for all of those. A byproduct of this, I feared, would be that I would not have much time to see the region itself. While English is occasionally spoken, lacking Spanish was a huge shot to my independence. If I walked into a shop or a restaurant, it was anyone’s guess how much I would be able to communicate with who was inside. What’s more, is that you need a car to get around Patagonia. Distances are huge, and issues like a petrol station running out of petrol are by no means unheard of. I predicted that these factors would result in me being pretty confined to Trelew, even if I did manage to sort out the odd trip here or there.

I could not have been more wrong. Now, I still have many trips worth of Argentina left to see, but the hospitality of everyone here really enabled me to put the time I did have to great use. The entire Gallia family deserve a special mention, not only for their help over the entire five weeks but for their willingness to ensure I could see Patagonia. Virtually every weekend they were excited to take me somewhere different, meaning I got the chance to see everything from their personal farms, to the edge of the Andes, to penguins and seals on the beach. I knew that coming to Trelew was a unique opportunity, but I did not appreciate the extent to which I would rely on the hospitality of people here to make the most of that chance. There are too many people to thank individually!

Any particularly noticeable differences between here and Australia?

Honestly, I didn’t really get hit with any culture shock during my time in Argentina. I am sure if I lived here longer, I would feel it more. That said, living in a rural setting was a little bit of a shock! Trelew is about a third of the size of Canberra, which is already not huge. It definitely lends itself to a different lifestyle to what I was used to, and I’ve commented a bit on that a bit down the page. I expect that was due to a mix of the differences between Argentina and Australia, and between urban and rural living.

From a wool perspective, Patagonia presents some really interesting conditions. The ground is not particularly fertile, so a reduced number of sheep are run per acre. This is actually really good from an environmental perspective because reduced livestock density cuts the overall toll on the land. Another interesting thing is that the parasite which is prevented by mulesing is not present in Patagonia. This is great because it means mulesing will never come down to profit against animal welfare. Although this practice is being reduced steadily in Australia, it is still exciting that that concern does not exist here at all.

What is my impression of the Patagonian lifestyle?

Compared to Australia, the lifestyle here is more flexible. In Australia, the 9 – 5 work window is more commonly respected. Here, the day started earlier and finished later, accommodating a longer lunch. Outside of the office, hosting is a much more emphasised thing. People are eager to welcome you into their homes. This was not something that occurred purely because I was a visitor. Often, I would be invited to dinner only to see people from the office, accompanied by their families and friends. In fact, I am not sure I attended a single dinner with less than ten people in attendance. I was constantly meeting large groups of new people, all who expressed the enthusiasm that I have mentioned so many times already. At times this was exhausting, however any fatigue was offset by a healthy supply of delicious food and wine.

Reflecting on my time here, this behaviour does not seem at all unusual for the area. The cultural mainstays are all collective, and I observed a definite emphasis on community over my five weeks here. I think there are two things worthy of particular mention:

Now, by themselves, these things are not necessarily remarkable. What makes them so special is the community that is attached to them. These things are not prepared, nor consumed, quickly. I can only speak for my experience, but it seems that the delicious, food or drink is just a catalyst for ensuring that people spend quality time together on a regular basis. For me, this was the most persistent part of the Patagonian culture and something that definitely enhanced my time here.

Overall, I have had an incredible time in Argentina. I was extremely well looked after, which made all the difference. Everyone I met at Fuhrmann and in Trelew was beyond welcoming, so I immediately felt that I had made the right choice to come here. I got accepted into the fold instantly, at and away from work, which really maximised what I got out of my time here. It was awesome to get exposure to the wool industry and understand the processes that are involved in an increasingly socially-conscious business model, as well as the motivations that inform these choices. Being able to understand and appreciate Fuhrmann’s forward-thinking strategy was a huge takeaway for me. It was exciting to be a part of an organisation that is keen to constantly adapt and differentiate themselves within their market space and something I will keep a keen eye on in the future. 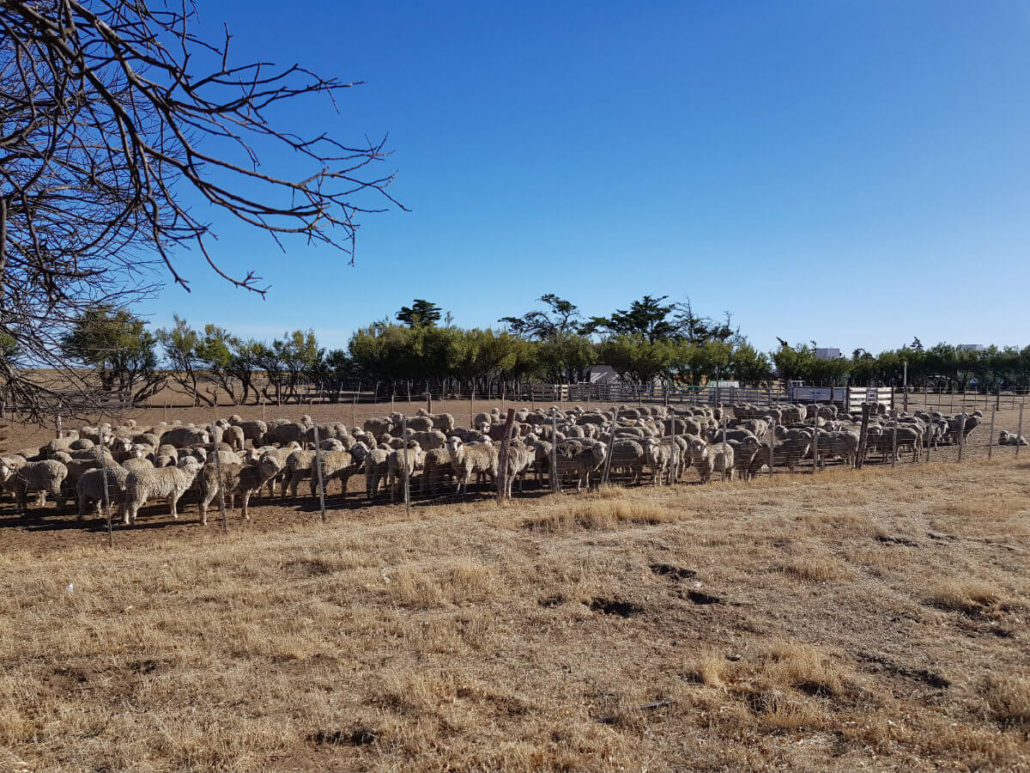 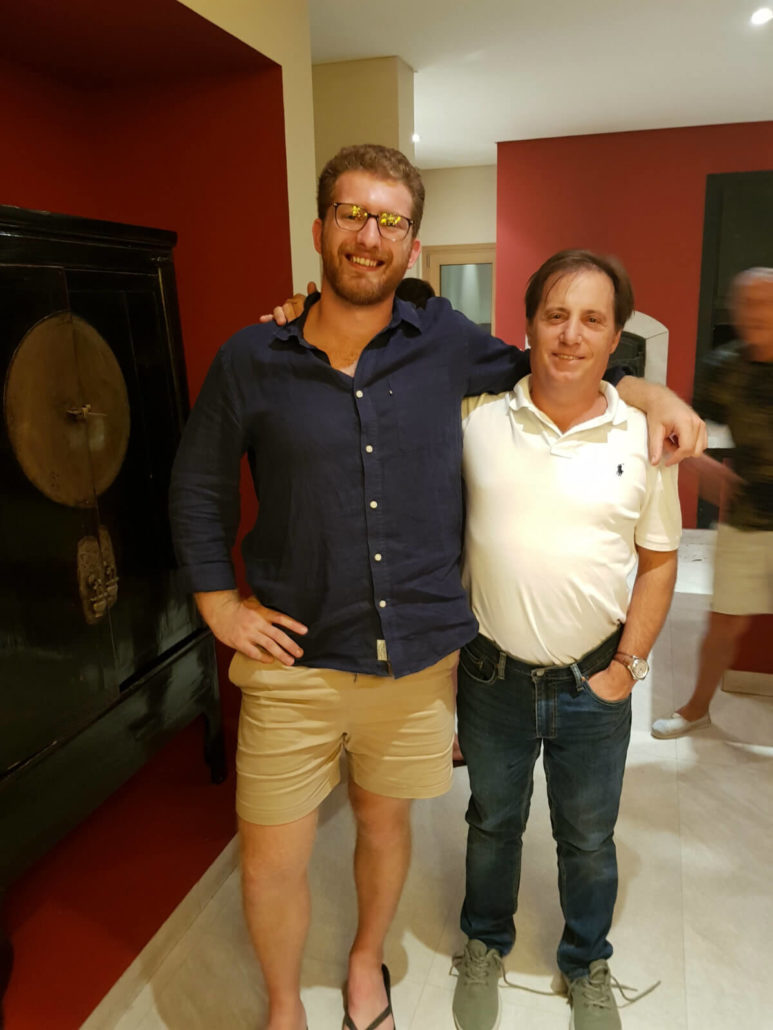