Congratulations to the three winners of the Merino Ram Show 2017

Between 8-10 December 2017, the 80th Merino Ram Show took place in Trelew, Argentina.  This year’s Merino Ram Show had a new innovative and unique contest format consisting of two parts.  Part one included the traditional first view of rams to be judged in accordance of  subjective parameters. The rams were judged by Mr. Carlos Neira and Mr. Juan Kresteff.

During the second innovative part of the competition, all 16 rams were sheared by Prolana shearing instructors. Each ram had a profound test consisting of the following parameters:

On the second  day of the competitions, all 16 rams entered the ring once again to take all objective parameters into account by the judges. The judges awarded three prizes:

Here is an overview of the results of the three winning rams:

The event was supported by the ‘Sociedad Rural del Valle del Rio Chubut’ represented through Mr. Silvio Conrad and sponsored by Fuhrmann represented by Marco Gallia.

Congratulations to all winners of the competition. 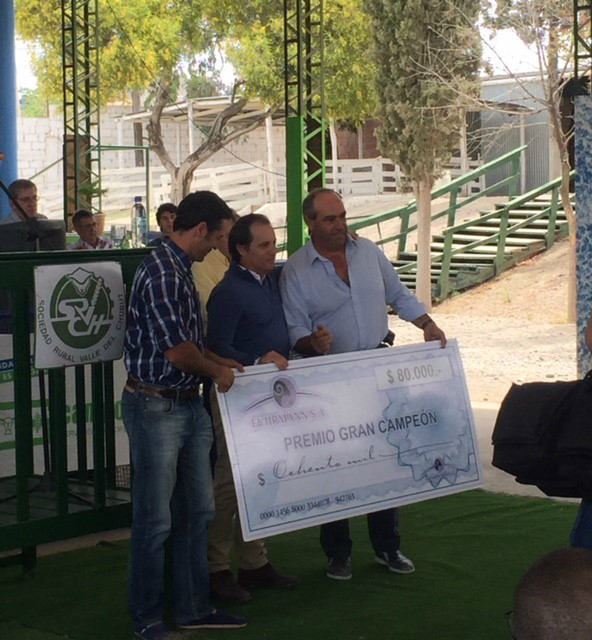