As of 15 July 2018, the Fuhrmann shearing season has officially begun. Our shearing season lasts for three months until the middle of October. Two shearing teams travel from farm to farm starting on the farms located in the north-east of Patagonia. During the duration of these three months, the shearers travel down south to the farms located in the deep south-west of Patagonia. The reason for this approach is the climate. While winter has already come to an end in the north-east of Patagonia, the cold season ends later in the South.

Each shearing team consists of 20 people who live and work together for the duration of the whole shearing season. A typical shearing team is composed of 6 to 8 shearers; the floor workers, who collecting wool after each sheep is shorn and take it to the sorting table; the table workers, who classify the wool into the different categories, the press workers who prepare the bales and the mythical cook, who makes sure bellies are happy at all times.
The two shearing teams have been working for Fuhrmann during the past 5 years. Each of the shearers has participated in several training session on the latest practices on animal welfare, shearing techniques and organic farming.

Each shearer handles up to 200 sheep per day, this means with two shearing teams of each 6 shearers working at the same time, some 2400 sheep get shorn on a regular day. Overall we shear around 130.000 sheep per season.

The shearing method used is known as the Tally-high method, which is a technique used to minimize the stress of the sheep.

Our shearers are paid with a mixed system that rewards productivity but also punishes cuts on sheep, ensuring that they work at a conscious rhythm. After every 135 minutes shearers need to take a break of 45 minutes to ensure they are concentrated during their work. After all, they are working with live animals which always takes special attention. 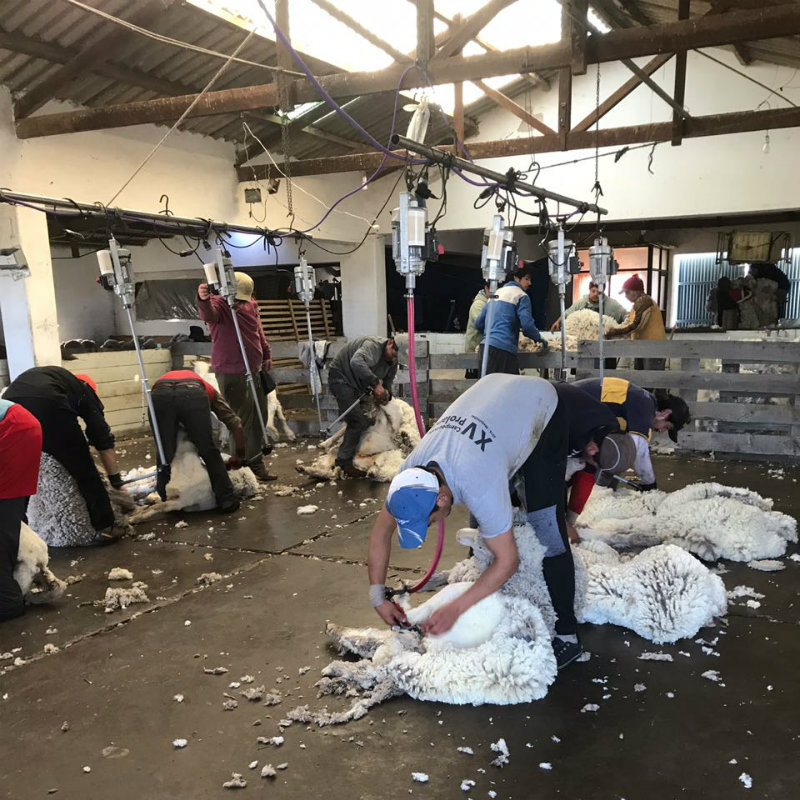 Animal Welfare is a key priority

Each shearing team received the adequate veterinarian preparation in case an accident happens during shearing. Fuhrmann managers are also present supervising and working with the shearing team to make sure everything runs smoothly and that their precious sheep are treated with care. On top of this a Fuhrmann veterinarian is present most of the time. Because animal welfare is so important to us, we have adopted RWS certification as from 2018 and are developing further systems to document everything that happens during shearing. 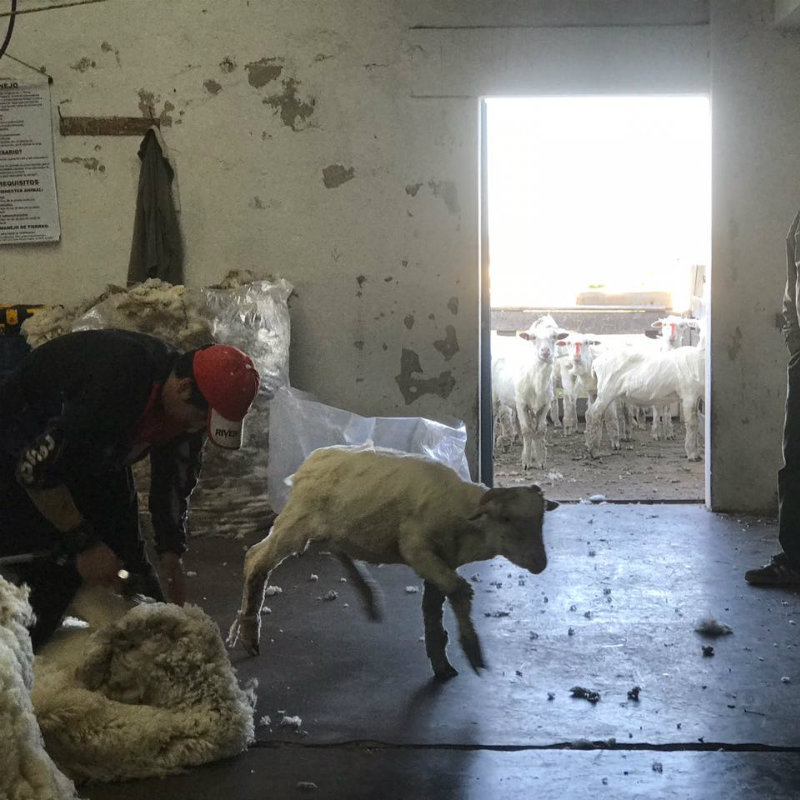 Shearers are very careful to avoid any cuts. However, just like we cut ourselves when we shave our beard or our legs, cuts can happen accidentally. There are different types of cuts. Some are small and don’t represent any harm or significant pain to the sheep. However, on very few occasions cuts might need stitching or medical attention. To cite an example, on during last year’s shearing of a farm under Fuhrmann´s management, out of 7000 sheep shorn only 2 had to receive stitches due to the type of cut. This represents a 0,0286% of the total animals shorn of this farm.

What takes all day for a couple of months for our shearing team, is only a short matter for each sheep. The shearing of a sheep takes on average a couple of minutes. From the time that the sheep are brought in for shearing and are ready to leave to the paddocks again, less than 24 hours pass by.

In our next episode, we talk about how we bring in the sheep and get them ready for shearing. 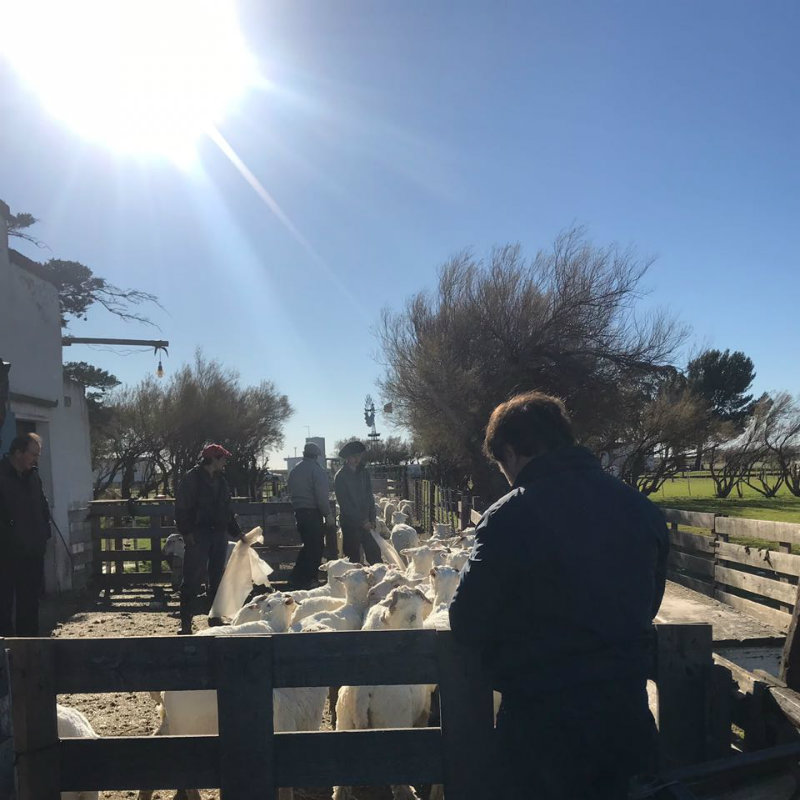