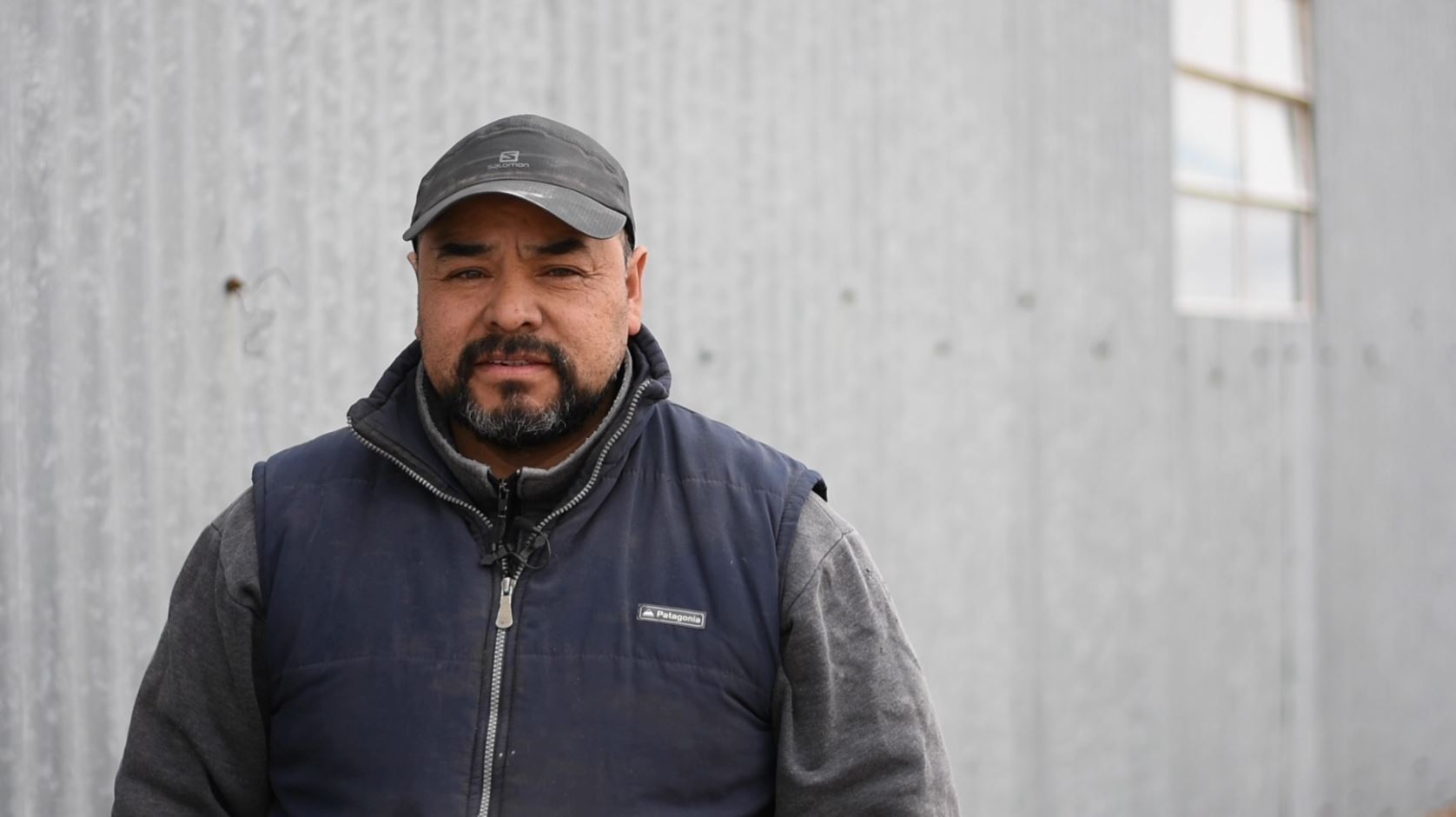 In the second episode of our new video documentary, our Commercial and Sustainability Manager Willy Gallia continues his journey to Sofia, a farm managed by Fuhrmann, located in the department of Gastre, Chubut Province.

At Sofia, it is the shearing season and Fuhrmann will be testing a new shearing comb currently under development.

Farm manager Horacio Santana, explains that he started working with sheep at the age of 15 and has been ever since. His typical day starts at 5:30 am in the morning. After drinking Mate, the typical Argentinian infusion, his day outside in the cold begins. He starts checking in with his staff and together they do controls of each paddock as well as the windmills. The windmills pump water, which ensures the sheep have access to fresh water. While these are daily routines to ensure the sheep have everything they need, the sheep themselves are actually only brought in 3 times per year for shearing, marking and weaning.

As it is currently shearing season, the shearing team is also present at the Sofia farm. Pablo Nahuelguer explains that he started shearing at the age of 14. He expresses great love for his work and the freedom he has while travelling from farm to farm each season. With his 34 years of shearing experience, he is a key expert to test the new shearing combs. Pablo explains that the combs leave more wool on the sheep which is helpful to protect the sheep in case of a sudden change in weather. He also observed that the comb helps better avoid scratches or cuts. After testing the comb, Pablo concludes that the comb still needs some further development but once commercially available to all shearers will be an improvement for sheep and their welfare.

Last but not least, we meet Angel Nahuelguer, brother of Pablo who works as a classer along with the shearing team. Angel and his team sort each fleece of wool by category, quality and fineness. As all Fuhrmann managed farms are run under the organic protocol, the sorting of the wool needs even more care than usual. Angel believes that the implementation of the organic protocol has helped improve his work even more.  His work defines him as he grew up doing this work and hopes to keep at it for as long as he can.

In our next episode, we will visit the El Bosque farm which is just being included into the Fuhrmann farm management scheme.